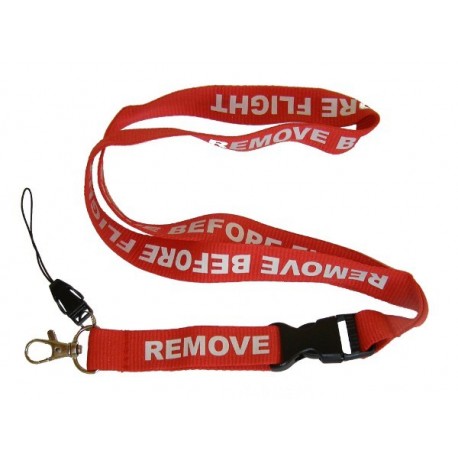 Remove before flight is a safety warning commonly seen on removable aircraft components to indicate that a device, such as a protective cover or a pin to prevent the movement of mechanical parts, is only used when the aircraft is on the ground (parked or taxiing). On small general aviation aircraft, this may include a pitot tube cover or a control lock. In some cases, non-removal of a labeled part have caused airplane crashes.
Z1012010
363 Items
 